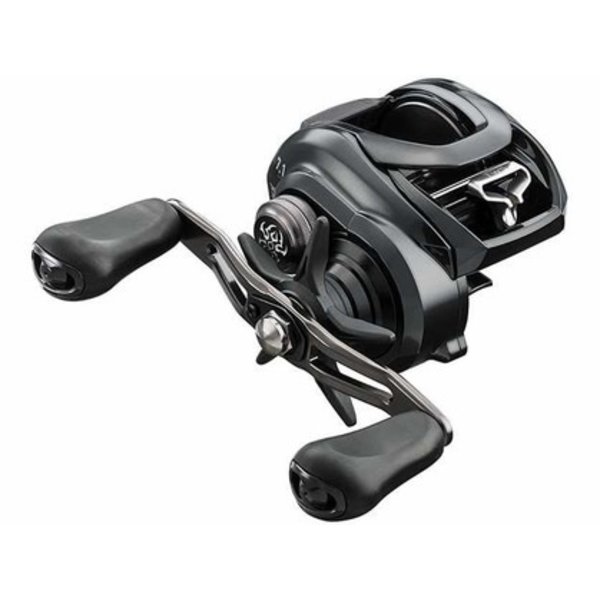 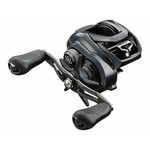 C$299.99
Excl. tax
In stock
Contact us about this product Add to wishlist Add to comparison list

Carrying the legendary Tatula name into the class of big bait reels, the Daiwa Tatula 300 Baitcasting Reels are the perfect option for throwing those big presentations that trophy hunters love. For the first time, anglers can now utilize the innovations that only the Tatula platform provides specifically for heavy duty applications like magnum deep-diving crankbaits, big swimbaits, and A-rigs. The Tatula 300 is the largest Daiwa baitcaster to incorporate the renowned T-Wing System level-wind that increases casting distance and enhances line control. The T-Wing system does this by disengaging the level-wind while the reel is in free-spool, effectively eliminating resistance on the line as it dispenses from the spool during a cast. By opening up the line feed, anglers are able to cast further, more accurately, and can utilize the reel's braking systems to its full potential. The T-Wing System is also very efficient at reducing backlashes on the 300-size reel by reducing the angle of the line coming off the larger spool. Equipped with Daiwa's Magforce Z magnetic braking system, the Tatula 300 can be easily tuned for optimal casting based on wind conditions, the rods you're fishing, and overall aerodynamics of the baits you're throwing. At the reel's core is a set of much bigger gears than the Tatula family has ever seen before, providing the power and torque big bait anglers require for heavy resistance lures and fighting giant fish.